Please peruse my existing published titles.  All of these works are available from your local bookstore or through our online friends below. 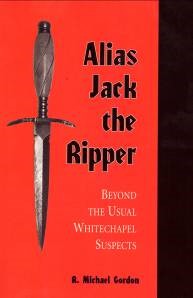 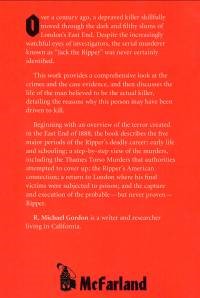 Alias – Jack the Ripper: Beyond the Usual Whitechapel Suspects

Over a century ago, a depraved killer skillfully moved through the dark and filthy slums of London’s East End. Despite the increasingly watchful eyes of investigators, this serial killer – known as “Jack the Ripper” from a signature on a piece of correspondence sent by a reporter to increase readership, was not captured or identified at the time of this most brutal series of murders which lasted from 1888 to 1891. R. Michael Gordon provides a comprehensive look at the crimes and the case evidence, and then discusses the life of the man he identified as the killer, detailing the reasons why this person may have been driven to kill. Beginning with an overview of the terror created in the East End in early 1888, the book describes the five major periods of the Ripper’s deadly career: early life and schooling; a step-by-step view of the murders; other local murders; the Ripper’s American connection; a return to London where his final victims were subjected to poison; and the capture and execution of the probable Ripper. To most people who worked closely on the Ripper and poisoning cases, justice was finally served.

Review: “Gordon does what he’s paid to do here: His prospect is to fill a void in Ripperology by writing THE book setting out the immense circumstantial case against Klosowski, down to detail. Overall Gordon is accurate, exhaustive and timely; mandatory for all serious Ripperologists.” David M. Radka for www.casebook.org

Review: “I found it to be a superbly written and produced, thoroughly researched and incisive piece of historical and detective analysis, which makes bold use of factual data to arrive at innumerable illuminating conclusions concerning the methods and identity of this most famous of serial killers. This is certainly an informed work; the style is precise, but lucid.” 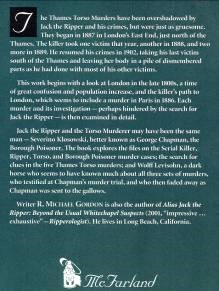 The Thames Torso Murders have been overshadowed by Jack the Ripper and his bloody crimes, but were just as brutal and gruesome. They began in 1887 in London’s East End, just north of the Thames River in Rainham, England. This killer took one victim that year, another in 1888, and two more in 1889. He resumed his crimes in 1902 after his return to England taking his final victim in the series south of the Thames and leaving her body in a pile of dismembered parts as he had done with most of his other victims. This work begins with a look at London in the late 1800s, a time of great confusion and tremendous population increase, and the killer’s path to London, which seems to include at least one brutal murder in Paris in 1886. The book then examines in great detail each murder and the investigation that may have been hindered by the desperate search for Jack the Ripper. It also raises the idea that Jack the Ripper and the Torso Murderer may have been the same man – Severin Klosowski, better known as George Chapman, the Borough Poisoner. It ends with an examination of serial killers; the Ripper, Torso, and Borough Poisoner murder cases; the search for clues to the serial killer responsible for the five Thames Torso murders; and Wolff Levisohn, a dark horse who seems to have known much about all three sets of murders, testified at Chapman’s murder trial, and then fades away as Chapman was sent to the gallows. The Ripper connection is fully explored for the first time as the killer’s fate is revealed.

Review: “This grim history examines a series of murders occurring in London’s East End between 1887 and 1902. It situates the murders in the context of city life in the industrial nineteenth-century, and traces the killer’s path to London. Each murder is detailed, as is the accompanying investigation. The set of crimes is then related to those of Jack the Ripper and his contemporary, the Borough Poisoner. It is suggested that the three killers are the same, and a suspect is named.” Book News 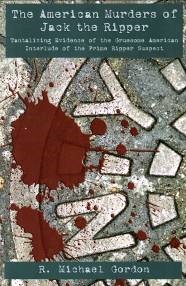 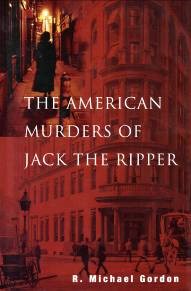 The American Murders of Jack the Ripper

It is not a well known fact, but the most notorious serial killer in the annals of British crime actually set foot on American soil soon after ending his London murder spree during the late nineteenth century. This work continues the story of the Ripper as he escapes London’s finest and crosses the Atlantic. In 1891 and 1892, four women were brutally mutilated and killed in New York and New Jersey. Because they were murdered in the same general area and time frame, the circumstances point to the possibility that the women were all victims of the same killer, Severino Klosowski THE prime suspect to hold the mantel of Jack the Ripper. The murders began in the lower east side of New York City within 36 hours of Klosowski’s arrival in that city, only blocks from the murder site. They would end in New Jersey days before his returned to London ready to once again kill in England. With Victorian-era New York/New Jersey as his backdrop, R. Michael Gordon recounts the gruesome scenes, focusing on the details which led to the arrest and conviction of the wrong man who would spend years in prison before being released after authorities discovered that he was in fact not responsible for any of the murders.

Review: “Readers will enjoy Gordon’s meticulously detailed background of New York City at the end of the 19th century and the fascinating tidbits unearthed by his research into the private holdings of those who were on the scene in Whitechapel in 1888.” Virginia McConnell author of Sympathy for the Devil

Review: “Very interesting theories, especially for fans of Jack the Ripper history. Everything seems to be as sound as the pound in this book; with theories expounded and either rejected or accepted with plenty of rebuttals. Not overdramatic or written like a B-Movie thriller, I enjoyed reading the book and was fascinated with the theory that the cops got Jack in the end even though they didn’t know it.” Kimberly Lightfoot of Curled up with a good book 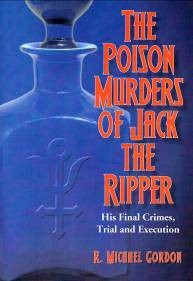 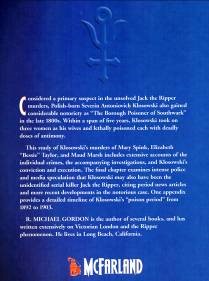 The Poison Murders of Jack the Ripper: His Final Crimes, Trial and Execution

The final three murders of a serial killer are detailed.

The final chapters of a serial killer’s life are explored having worked for 15 years at the craft of serial death. This work closely examines Klososwki’s slow murders of Mary Spink, Elizabeth “Bessie” Taylor, and Maud Marsh, complete with extensive accounts of the individual crimes, the accompanying investigations, trial and Klosowski’s conviction and death sentence. The killer was finally caught in late 1902 for this series of three poison murders committed from 1895 to 1902. The trial and police court testimony included are a valuable resource as this was the first trial in British legal history to rely on testimony concerning the suspect’s prior criminal and movement history which was entered into evidence. The final chapter examines intense police and media speculation that Klosowski was in fact the, as then unidentified, serial killer Jack the Ripper, citing period news articles and more recent developments in the notorious case. On April 7, 1903, he was hanged for a single murder as speculation begins that ‘Jack the Ripper’ was finally given a drop of 6/6 on the gallows of old London. 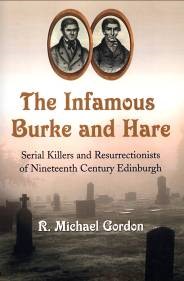 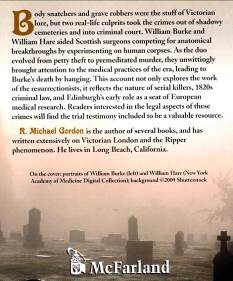 The Infamous Burke and Hare: Serial Killers and Resurrectionists of Nineteenth Century Edinburgh

Body snatchers and grave robbers were the stuff of Victorian lore, but two real-life culprits took the crimes out of the shadowy cemeteries and into criminal court. William Burke and William Hare aided Scottish surgeons competing for anatomical breakthroughs by experimenting on human corpses. This serial killer team filled a void when not enough ‘product’ was available to fill the needs of the surgeons as they proved they could supply some of the freshest ‘product’ in Edinburgh. Local citizens begin to disappear in Edinburgh, Scotland, in 1827 and turn up on the anatomy table of Dr. Robert Knox. As the duo evolved from petty theft to premeditated murder, they unwittingly brought attention to medical practices of the era, leading to Burke’s death by hanging. Interestingly, Hare, the one who committed most of the murders, would be given a deal for testifying against Burke becoming the first and only known serial killer to be released without a trial, but his life would not be an easy one after his release. This account not only explores the work of the resurrectionists, it reflects the nature of serial killers, 1820s criminal law, and Edinburgh’s early role as a seat of European medical research. Readers interested in the legal aspects of these crimes will find the trial testimony included to be a valuable resource. 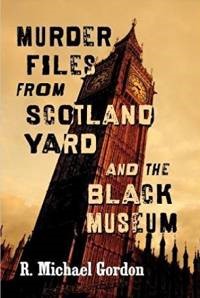 Murder Files from Scotland Yard and the Black Museum

From the files of Scotland Yard’s “Black Museum” come true crime stories of some of the most infamous murder cases of the 19th and 20th centuries–the Lambeth Poisoner, “baby farmer” Amelia Elizabeth Dyer, the Gentleman Vampire of Bournemouth, the Brides in the Bath Murders, the Rillington Place murders and many others. Along the way, investigators pass a number of crime-solving milestones, included the first use of fingerprint technology, the early use of photography and the first time “The Yard” enlisted the press to help hunt down a killer. 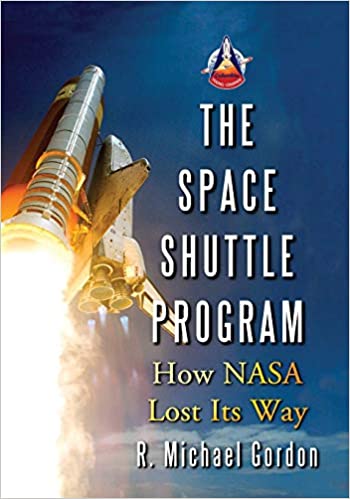 The Space Shuttle Program: How NASA Lost Its Way, 2009

This critical study of NASA’s space shuttle program provides an in-depth examination of the events, decisions, and policies that may have contributed to the horrific destruction of the shuttles Challenger and Columbia. It first traces the early development of NASA’s shuttle program, specifically examining the problems associated with the designs of shuttles OV-099 (which was to become Challenger) and OV-102 (which was to become Columbia). The reader is then taken through a detailed look at the first successful flights made by Challenger and Columbia and the cancellation of top-secret Shuttle flight 51-C (which would have launched under nearly identical weather conditions as the ill-fated Challenger). An in-depth assessment of the shuttles’ disastrous final launches follows, including detailed accounts of the post-flight search and rescue operations, the official investigations into each accident, and the impact of each disaster on the future of NASA’s manned space program.

Please visit and purchase my titles from my publishers at: 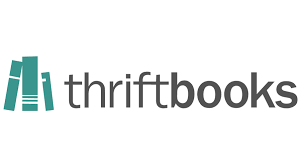